Follow us on social media for more regular updates

Lecture titles are tentative and room locations are tentative. Updates will be posted on the individual Facebook Event page (linked below). View all upcoming events here: https://www.facebook.com/pg/BYUReddCenter/events.

Click here for information on the awards and how to apply

It is funding season at the Redd Center for our annual awards, grants, and fellowships. Each year these funding opportunities support Western-focused research, programming and events, publications, and other activities across the world.
In the midst of COVID-19 pandemic restrictions on travel and other activities, many categories request explicit details on how these may impact your project, whether there are contingency plans to work amidst restrictions or if project progress would require delay until restrictions are lifted.
There are specific categories for students and faculty (at BYU and Off-Campus anywhere), independent scholars, public institutions and programming initiatives, etc. Priority is given to research on the Intermountain regions Arizona, Colorado, Idaho, Montana, Nevada, New Mexico, Utah, or Wyoming. All disciplines (history, literature, sociology, geology, botany, range science, etc., literally any discipline or approach) are eligible as long as the proposed work will increase understanding about the region.

In Summer 2019, Associate Director Brenden W. Rensink hosted a seminar workshop, gathering established and emerging scholars working on histories of the "modern" American West. Each wrote a chapter-length piece that the small groups workshopped, and in subsequent months, edited and revised for publication. A couple additional chapters, a foreword by Patricia Nelson Limery, and an afterword by Frank Burgon were added along the way and the resulting anthology, The North American West in the Twenty-First Century was published in November 2022 by the University of Nebraska Press in November 2022. Below is a description and supporting blurbs.
To learn more, listen to this podcast interview that Rensink did with the New Books Network. 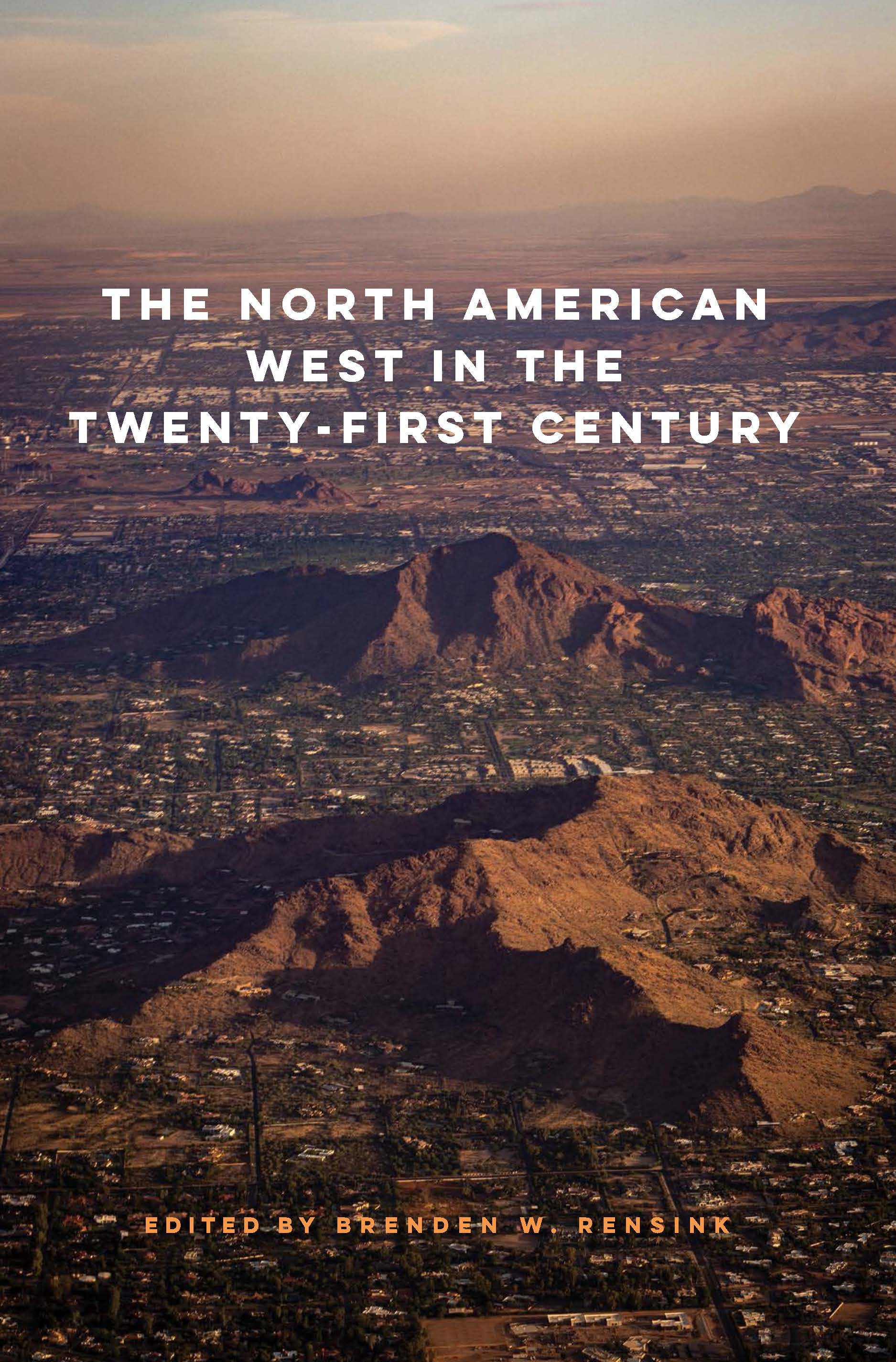 [Pre-order from the University of Nebraska Press or Amazon]
In 1893 Frederick Jackson Turner famously argued that the generational process of meeting and conquering the supposedly uncivilized western frontier is what forged American identity. In the late twentieth century, “new western” historians dissected the mythologized western histories that Turner and others had long used to embody American triumph and progress. While Turner’s frontier is no more, the West continues to present America with challenging processes to wrestle, navigate, and overcome.

The North American West in the Twenty-First Century, edited by Brenden W. Rensink, takes stories of the late twentieth-century “modern West” and carefully pulls them toward the present—explicitly tracing continuity with or unexpected divergence from trajectories established in the 1980s and 1990s. Considering a broad range of topics, including environment, Indigenous peoples, geography, migration, and politics, these essays straddle multiple modern frontiers, not least of which is the temporal frontier between our unsettled past and uncertain future. These forays into the twenty-first-century West will inspire more scholars to pull histories to the present and by doing so reinsert scholarly findings into contemporary public awareness.
“Anthologies such as Trails Toward a New Western History (1991) have marked seminal moments in the developing field of western history. Brenden Rensink’s collection The North American West in the Twenty-First Century is a new landmark volume in this tradition, one that marks a seminal moment in our understanding of what contemporary western history is. The contributors—a distinguished and adventurous group of emerging and established scholars—take on the vital issues of environment, Indigenous sovereignty, labor and migration, and politics, and place the transition to the twenty-first century at the forefront of our thinking. Every scholar and student of the West needs to engage with this important collection.”—David M. Wrobel, author of America’s West: A History, 1890–1950


“This book is in the vanguard of scholarship on the twenty-first-century West. It will provide a benchmark for future generations of historians as they assess [this time period].”—Todd Kerstetter, author of Inspiration and Innovation: Religion in the American West

The Redd regularly awards publication grants to support presses publishing books on the American West. Presses use these subventions for a variety of purposes such as including additional images or maps, improving production quality, or lowering list price. Below are new books that have been supported by recent Redd Center publication grants.

Every year the Redd Center provides funding tp sponsor awards administered by a number of organizations. This is a powerful way to extend the benefits of Redd Center resources beyond the scope of what our limited staffing allows us to administer.

The Writing Westward Podcast is a monthly author-interview podcast. Each episode features a conversation with writers of new work on the North American West, sampling from a vareity of disciplines and subfields. The podcast is hosted and produced by Redd Center Associate Director, Professor Brenden W. Rensink.

The Intermountain Histories project curates local histories on a website (http://www.intermountainhistories.org) and free mobile apps (iOS and Android). Stories are written by students from universities around the Intermountain West, and in collaboration with various professors.


New People at the Redd Center